Book of Mormon Lesson #13 "The Allegory of the Olive Tree"


ABOUT OLIVE TREES
Why did the Lord (and Jacob) take a whole lot of space on the golden plates to write such a long and drawn-out story about olive trees?  If you haven’t asked yourself this question, it’s only because you haven’t read Jacob 5 yet. 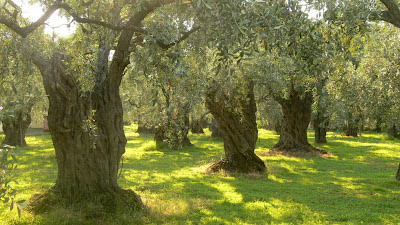 “The olive tree…is very hardy: drought-, disease- and fire-resistant, it can live to a great age. Its root system is robust and capable of regenerating the tree even if the above-ground structure is destroyed. The older an olive tree is, the broader and more gnarled its trunk appears. Many olive trees in the groves around the Mediterranean are said to be hundreds of years old, while an age of 2,000 years is claimed for a number of individual trees; in some cases, this has been scientifically verified…According to a recent scientific survey, there are dozens of ancient olive trees throughout Israel and Palestine, 1,600–2,000 years old.”  (Wikipedia) 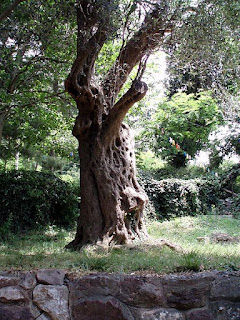 This olive tree in Montenegro
is over 2,000 years old.
The olive tree is extremely valuable, with every part of the tree—the wood, the leaves, the fruit, and the oil of the olives—having important uses throughout history.
“The leafy branches of the olive tree – the olive leaf as a symbol of abundance, glory and peace – were used to crown the victors of friendly games and bloody wars. As emblems of benediction and purification, they were also ritually offered to deities and powerful figures; some were even found in Tutankhamen's tomb.” (ibid.)
The olive leaf also has curative qualities and is used in medicine. 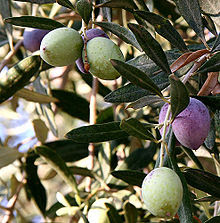 “Olive oil has long been considered sacred; it was used to anoint kings and athletes in ancient Greece. It was burnt in the sacred lamps of temples as well as being the "eternal flame" of the original Olympic Games. Victors in these games were crowned with its leaves. Today, it is still used in many religious ceremonies. Over the years, the olive has been the symbol of peace, wisdom, glory, fertility, power and purity.” (ibid.)

“Homer called it "liquid gold." In ancient Greece, athletes ritually rubbed it all over their bodies. Olive oil has been more than mere food to the peoples of the Mediterranean: it has been medicinal, magical, an endless source of fascination and wonder and the fountain of great wealth and power. Indeed the importance of the olive industry in ancient economies cannot be overstated.”
“Olive oil, being almost pure fat, is dense in calories yet healthy, without adverse health effects. Unlike cereals which can be destroyed by humidity and pests in storage, olive oil can be very easily stored and will not go rancid for at least a year (unless needlessly exposed to light or extremely hot weather), by which time a fresh harvest will be available. The combination of these factors helped ensure that the olive industry has become the region's most dependable food and cash crop since prehistoric times.” (ibid.) 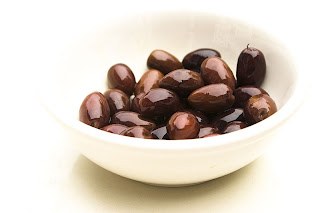 “Olive [trees] are now being looked at for use as a renewable energy source, using waste produced from the olive plants as an energy source that produces 2.5 times the energy generated by burning the same amount of wood. The same reference claims that the smoke released has no negative impact on neighbors or the environment, and the ash left in the stove can be used for fertilizing gardens and plants. The process has been patented in the Middle East and the US (for example).” (ibid.)
So, how does this relate to the parable?  We, the children of our Heavenly Father, the wild and tame olive branches, are extremely valuable to Him.  We have the potential to heal, to nourish, to energize, to bless, to comfort, and we are expected to do it.  There is a reason also that God chose one of the longest-lived trees on the earth in this allegory to show the extreme patience he uses in his work of helping us to achieve exaltation.  Normally the olive tree requires very little care—just an annual pruning and occasional fertilizing; they don’t even need to be watered—but the disappointing olive trees in the allegory needed a LOT of extra effort.  And yet, it was worth it to the Husbandman.
INTERPRETIVE NOTES ON THE ALLEGORY OF THE TAME AND WILD OLIVE TREES


The 9th edition of the Book of Mormon, published in 1906 in Liverpool includes footnotes on the allegory of the olive tree by Orson Pratt, Sr.  Although they should not be considered scripture, they provide very interesting commentary and instruction.  I have written them in the margins of my own scriptures in pink (to differentiate from my other marginal notes).  I will also list them in this blog entry in pink, as opposed to notes I have gathered from other sources or thought of myself, which will be in black.


Elder Pratt’s commentary makes it easy to see an outline of the history of the world played out in the story of the olive grove.
5:4—FIRST VISIT, PRE-CHRIST.  He cares about the tree.
5:7—House of Israel conquered by Asyrria, Babylon, Rome
5:13—Isles distant from Palestine.
5:14—Ten tribes in the north.  Some of Judah and Joseph in American.  Others, upon isles.
5:15—SECOND VISIT, EARLY CHRISTIAN CHURCH.  Six or seven centuries.
5:17—The Gentiles in the Apostles’ days
5:20—First group.  Place unknown
5:23—Second group.  Place unknown
5:24—Third group.  Place unknown
5:25—Fourth group.  America.  Tame fruit = Nephites.  Wild fruit = Lamanites.
5:26—Lamanites
5:29—THIRD VISIT, RESTORATION OF THE GOSPEL.  About 18 centuries.  Joseph Smith.
5:30—All sorts of fruit = Sects of Christendom.
5:38—Distant isles
5:40—Wild fruit = Lamanites.  Good fruit = Nephites.
5:43—Nephites.  America.
5:44—Jaredites.
5:45—Lamanites overcame the Nephites.
5:46—Present condition of the Indians (Present meaning, of course, the turn of the 20th Century, and Indians meaning Native Americans)
5:48—The branches tried to support themselves rather than relying on the root.
5:50—Christ is always our Advocate.
5:52—Branches whose fruit is most bitter = The more wicked portions of the Gentiles.
5:54—Roots = The scattered branches of Israel.  The branches of this tree = The believing Gentiles.  [Graft them in unto] them, the roots = Scattered Israel.
5:55—The believing Gentiles numbered with the believing of scattered Israel.
5:56—The believing of scattered Israel numbered with the believing of the Gentiles.
5:57—Those ripened for destruction.
5:63—The last that may be first = Gentiles.  The first that may be last = Israel.
5:70—Servant = Joseph Smith.  Other servants = Those called through Joseph Smith.  (I differ with Elder Pratt on this one: It makes more sense to me that the servant is always Christ, and Joseph Smith is one of the other servants.)
5:76—MILLENIUM.  For a long time = 1,000 years.
5:77—JUDGMENT
A PERSONAL PARABLE
Michael Wilcox (Institute instructor and author) suggests alternatively reading this chapter of the Book of Mormon as a parable, looking for words such as “nourish,” and “grieve,” and “joy,” and think of the olive trees as individuals rather than nations (BYU Education Week Lecture, August 2008, my personal notes, 9:96). As you read the chapter, you may see stages of your own life represented in the story.
Some people’s life situations are such that it is more difficult to grow spiritually than others who were planted in richer soil.  But the Lord will nourish those in poor spots so that they can bring forth good fruit. 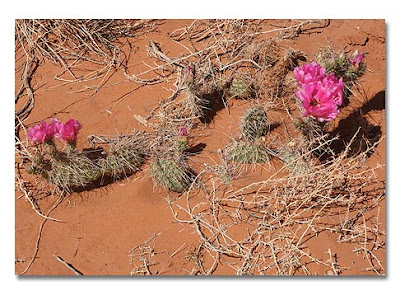 And He often will point out that there are others in poorer spots than they. 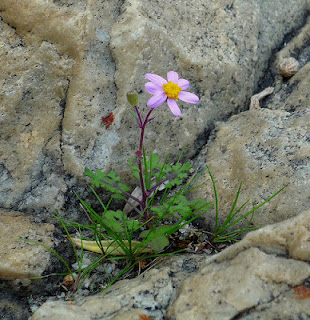 Sometimes those planted in good spots don’t bring forth good fruit, and that is a great disappointment. 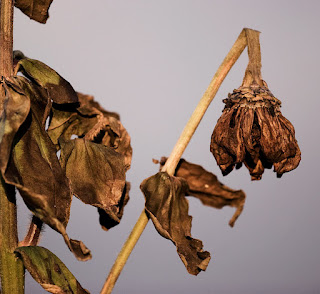 But the Lord and His Servant continue to fertilize, to weed, to graft, to transplant until the plant is nourished and productive.  What matters is not where we little olive trees are planted, but how we respond to the nourishment of the Lord.  It is available even in the nethermost parts of the vineyard.
Posted by Nancy W. Jensen at 5:07 PM

Great insight on this lesson. Thank you for your time and extensive research. Your blog really helps me a lot.

Thanks so much for your time and research! I'm not the most savvy person and I can't seem to find a print buttom without it printing the whole sites background?

Rachelle, I'm not techno-savvy either, but here's what I do: I highlight the whole thing with the cursor (using the mouse), then right-click "Copy." Then I open up a Word document and right-click "Paste," and everything will copy over. Then I just right-click on the pictures in the article if there are any, and delete them, or I copy them to "my pictures" and print them, if I want to show them.

..if I want to show the pictures in a class, I mean. (I didn't finish that last sentence.)

Thanks again for such wonderful lessons. I know that General Conference is this weekend and that the next lesson will be #14. Do you have any idea when you will be posting it. I would love to get a head start as I have a baby coming very soon. Thanks again!

I try to post on Fridays ten days before the earliest teachers will be giving the lesson. This is an especially busy week: Tomorrow I have a college midterm and a daughter's 18th birthday, then Friday my youngest daughter is having foot surgery. However, I still anticipate being able to post the lesson by Friday evening. Hope that works for you; good luck on the new baby!!

Thank you Nancy. It sounds like you have your hands full. Don't worry about me. If you don't get the lesson posted by Friday that's totally fine. You just do a better and more creative job of your lessons than I seem to be able to do . . . so I always love seeing your take on things. Thanks again.

Thanks, good article. I think you might like my post here that has some similar concepts, but I focus on what it means to an individual. http://www.churchistrue.com/blog/allegory-of-the-olive-tree/


Thank you for sharing your thoughts and for inspiring us.
Keep it up and continue on what your doing. Visit my site too.