If you want to pique the class’s interest and help them better remember the lesson, decorate the room in advance with several paper boats with sails and anchors hanging from the ceiling.  If you want to be extra clever and make origami yachts like the one pictured below, go to this link.  Then just hang little cut-out paper anchors from them with string. 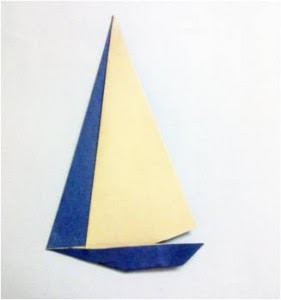 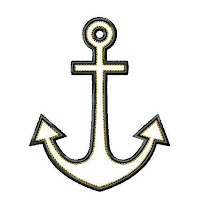 Jigsaw learning is learning about a topic from several different angles. You can combine this with an actual jigsaw puzzle.  Cut a poster board into three puzzle pieces.  On the front of each piece write one of the three categories below.  On the back put the corresponding questions and scripture helps.    Divide the class into three groups.  Give each group a puzzle piece to study and prepare for the first 10 minutes or so of the class period.

Puzzle Piece 3: “RIGHTEOUSNESS”
Assignment:  “What do you most admire about Mormon’s character?”
Scriptures:

Have the group with puzzle piece 1 share what they learned.  Encourage class members to write Mormon’s age in the margins of their scriptures beside each scripture shared by the “AGE” group.  You may add that the word "Mormon" means "more good." (Teachings of the Prophet Joseph Smith, p. 300)  Here are the answers, in case they don’t get them all:

CHALLENGES MORMON FACED IN HIS ENVIRONMENT
Have the group with puzzle piece 2 share what they learned.  Here are some things they should have noted:
The nation was declining.  Wickedness prevailed, miracles ceased. There were no longer gifts of the Spirit, or even the Holy Ghost.  The Nephites willfully rebelled.  They were only sorry for the consequences of their sins, not for the sins themselves.  The Lord was not with them in battle; instead they boasted in their own strength, sought revenge rather than just defense, and delighted in killing and war.  The lost the ability to love, and were therefore completely without civilization.

Have the group with puzzle piece 3 share what they learned.   They will have noticed that he was writing to prepare the 12 tribes for judgment, that they would believe in the gospel of the Atonement, and to witness of Christ.  He loved his people with the love of God.  He prayed for them, but without hope.  When he "repented of" the oath he had made, it did not mean he had sinned in making the oath; it simply means he changed his mind or turned from.  Even though his duty was fruitless and hopeless, he never gave it up.  Despite his trials, he knew he would be lifted up at the last day, and he knew that the Lord was in charge.

Put the three puzzle pieces together on the board.

"For behold, the Spirit of the Lord hath already ceased to strive with their fathers; and they are without Christ and God in the world: and they are driven about as chaff before the wind.  They were once a delightsome people, and they had Christ for their shepherd; yea, they were led even by God the Father.  But now, behold, they are led about by Satan, even as chaff is driven before the wind, or as a vessel is tossed about upon the waves, without sail or anchor, or without anything wherewith to steer her; and even as she is, so are they."  (Mormon 5:16-18)


Compare the Nephite nation, “without sail or anchor,” to Mormon who had both.  The sail pushes us forward where we want to go.  The anchor keeps us from drifting from where we should be.  Our goals and actions are the sail.  What we center our life around is the anchor.  Mormon’s sail (his righteous desires) and his anchor (Christ) overcame his age and inexperience as well as his wicked environment, and we can certainly learn from his great example. 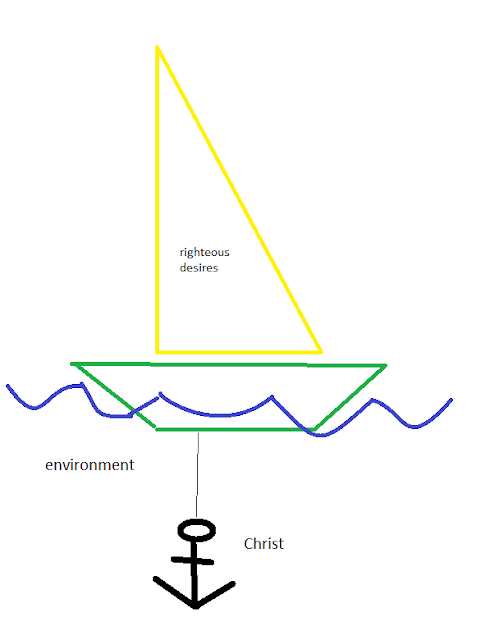 Thank you so much for taking the time to prepare and share your wonderful lessons. I teach the 14-15yr old Sunday School class in our ward and I definitely appreciate your insights as I prepare my lesson, and so do the kids. Thanks again, God bless!

Very excited to incorporate this idea into my lesson. Thanks!

Thank you for sharing your ideas. Grateful that I found your site. I appreciate it a lot and will also incorporate some of your ideas in my class.

Nancy W. Jensen
I am a happy and hopeful woman, because I am a member of the Church of Jesus Christ of Latter-day Saints. I live in Logan, Utah with my husband Gary, two white poodles and a white odd-eye cat. We have 7 wonderful adult children plus 2 who became our wards as teens, and a bunch of adorable grandchildren. I love working at my home piano teaching studio, at our local humane society, and in the nursery at church. I am a student of history, music, and the gospel of Jesus Christ and I enjoy sharing what I learn.