Putting Ourselves in the Hands of the Lord

The Jaredites headed off to sea in their barges, as chapter 6, verse 4, says, “commending themselves unto the Lord their God.”  They put themselves in the Lord’s hands.  And then what happened?  The Lord provided for them a mighty rough ride! 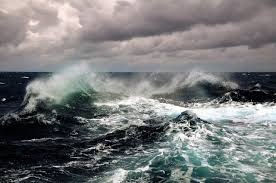 “And it came to pass that the Lord God caused that there should be a furious wind blow upon the face of the waters, towards the promised land; and thus they were tossed upon the waves of the sea before the wind.   And it came to pass that they were many times buried in the depths of the sea, because of the mountain waves which broke upon them, and also the great and terrible tempests which were caused by the fierceness of the wind.  And it came to pass that when they were buried in the deep there was no water that could hurt them, their vessels being tight like unto a dish, and also they were tight like unto the ark of Noah; therefore when they were encompassed about by many waters they did cry unto the Lord, and he did bring them forth again upon the top of the waters” (Ether 6:5-7).  They commended themselves unto the Lord, trusting that he would do what was best for them.  And what the Lord thought was best for them was a lengthy period of trial as they crossed the sea, a lot of difficulties and fearful situations that would require them to continue to ask for his help.

But their response teaches us a lesson: while still experiencing these hard times, while still suffering in their freight cars on the ocean waves, they recognized the Lord’s help and thanked him for it without ceasing.

“And they did sing praises unto the Lord; yea, the brother of Jared did sing praises unto the Lord, and he did thank and praise the Lord all the day long; and when the night came, they did not cease to praise the Lord.  And thus they were driven forth; and no monster of the sea could break them, neither whale that could mar them; and they did have light continually, whether it was above the water or under the water.  And thus they were driven forth, three hundred and forty and four days upon the water” (Ether 6:9-11).

They could not learn that no monster could break them, they could not learn that no whale could mar them, unless they actually encountered monsters and whales.  They learned what the Lord wanted them to learn from this trial, and that was that they could survive terrible situations because He would not forsake them.  For almost a year (344 days) in all of these extremities, “whether above the water or below the water,”  they had the light provided by His finger.  This is a great truth that we will also need to learn, and our trials will help to teach us. 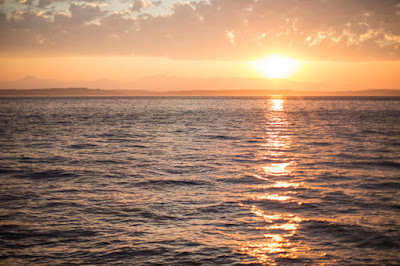 The Scriptures Help Us Have Faith Through Trials

Way back at the beginning of this study year, we read Nephi’s goal in keeping his record.  Chapter 1 of First Nephi closes with Nephi’s explanation of what he wanted to show by writing the story of his life and his great trials. It was simply this:

“But behold, I, Nephi, will show unto you that the tender mercies of the Lord are over all those whom he hath chosen, because of their faith, to make them mighty even unto the power of deliverance.” (1 Nephi 1:20)

The story of the brother of Jared is just one more example of how enriched we are when we recognize the tender mercies of the Lord despite of—or because of—our problems.

I've been teaching Gospel Doctrine for almost 5 years now, and I discovered your blog a couple of years ago. I reference your posts about half the time I teach, and am always delighted to find some lovely insight. Thank you for sharing all these thoughts and meaningful discussions. What a gift.

(I might be commenting on the wrong lesson, because I'm preparing both Ether lessons together, but...)

The idea of "window" in Genesis 6:16(a) being a stone that emits light having inspired the brother of Jared to pursue a similar course is one of my all-time favorite footnote / cross-reference events in the entire standard works. I had not read any other material on that idea until reading your posts today. The Jewish Myth, Magic and Mysticism post is *fascinating*, mostly because of the stuff that makes the stone that Noah had very much like a Urim and Thummim. Fun stuff.