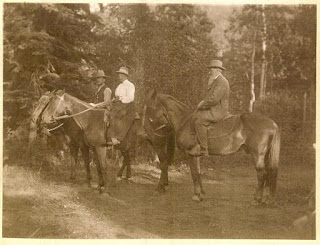 The War ended in November of 1918, but the flu raged on. In one week that month, the town of Brevig Mission, Alaska lost 85% of its population to the flu. 30,000 San Franciscans took to the streets to celebrate the end of the war. As over 2,000 citizens of their city had died of the influenza, the revelers were required by law to wear face masks. (Sound familiar?) On November 21st, sirens announced that it was now safe to remove the masks. The next month, 5,000 new cases of influenza were reported in San Francisco.

Then, as quickly and mysteriously as it came, the Spanish Influenza left. It waned in mid-winter (January), with a slight resurgence in the spring, never to be seen again. To this day, neither the cause nor the cure is scientifically known. The death toll in the U.S. was 675,000--10 times the number of Americans killed in the war, and 55,000 more than were killed in the Civil War. Half of the U.S. soldiers who died in Europe died of influenza, rather than of violence. Exact numbers cannot be found, but very possibly 50 million people worldwide died of influenza. The Spanish Influenza was the most devastating epidemic in world history. It killed more in one year than the Bubonic Plague killed in four.
A VISION OF HOPE FROM HEAVEN 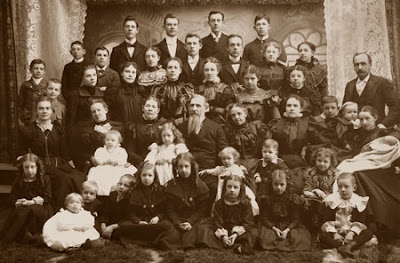 President Smith wrote the revelation down two days after he witnessed it. Within weeks, the Quorum of the Twelve had voted to accept it as a revelation. Today this vision is in our Doctrine and Covenants as Section 138. The Great Vision of the Redemption of the Dead was an answer to the questioning prayers of many, many of Heavenly Father's children, received, written, and accepted as revelation in October 1918, a month when 195,000 Americans died of influenza, the deadliest month in the history of the United States. It is often in the most hopeless of situations that God reveals His love and His plans in visions of hope. And now all of us have the comforting knowledge that our departed parents, friends, and loved ones are still alive, involved in helping others, and very much active in teaching or learning the gospel though they have left our dimension. 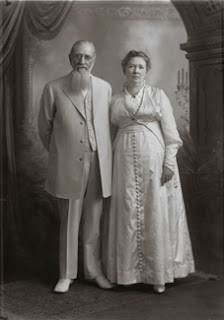 Be sure to check out the December 2009 Ensign, which has a wonderful article by BYU professor George S. Tate on President Joseph F. Smith, his intimate acquaintance with death, the catastrophic loss of life in World War I and the Spanish Influenza, and the great vision of the redemption of the dead.  It is a wonderful piece of writing, with additional details on the family deaths, and some beautifully poetic journal entries President Smith wrote in his loss. It also tells us that just before the pandemic mysteriously waned in January of 1919 and then disappeared for good (with just a brief resurgence the following spring), the Church leaders had designated December 22 as a day of fasting "for the arrest and speedy suppression by Divine Power of the desolating scourge that is passing over the earth." (George S. Tate, "I Saw the Hosts of the Dead," Ensign, December 2009, p. 54-59)

I always love to read you insights to the gospel topics we discuss in Sunday School. This one seems particularly signiificant, in view of our own past experiences with Covid 19. Thank you for sharing, It is so appreciated. Syd Hensley