The father Alma was a mighty man.  He was the priest who listened to Abinadi, taught the gospel and organized the Church among hundreds of followers in the Land of Nephi, went through exile and bondage for his testimony, returned to the Land of Zarahemla and organized the Church there under the instruction of King Mosiah, and was appointed by King Mosiah (who had formerly been both king and church leader) to the position of president of the Church, in a separation of church and state.  He was Joseph Smith, Brigham Young, and Thomas S. Monson all rolled into one.

In this new capacity as Church president, he had a serious problem.  Many people were going apostate, and it was now his job to deal with them.  He had no previous experience with this kind of challenge and it troubled him great.  So he took his desire to the Lord in prayer.  (Mosiah 26:13-14.  Pay special attention to the word after.)  Even the president of the Church was required to “pour out his whole soul” to receive the answer to his prayer.

The answer he received was fabulous.  It surely brought great peace and joy to his soul, in addition to answering very specifically the question that he had.  It is recorded in verses 15-32.  (Mosiah 26:15-18)  Alma was told, in no uncertain terms, that he was right with God.  He was also told what to do about dissenters (Mosiah 26:29-32).  Alma’s action following this prayer is in verses 33-34.

Have you ever had a difficult question like this, and only God knew the answer?

Another serious problem came up that was distressing to Alma the father.  (Mosiah 27:8)  Alma’s son was not only rebelling from the Church on his own, he was leading many others astray as well.  So Alma had a great worry both as a parent and as the leader of the Church.  Alma undoubtedly had tried everything he could with his son over many years, and had prayed for him many times.  The need had become huge.  Finally this second prayer of Alma’s was answered.  (Mosiah 27:11,14,19,20)

Have you ever faced a situation like this which seemed beyond hope of repair?

Alma called the people together for a specific reason.  (Mosiah 27:21)  Not so they could see the judgments of God upon his wicked son, but so they could witness the mercies of God upon his wicked son.  He felt sure that this experience was going to be for his son’s benefit.  But Alma did not just sit and wait; this was not the end of the need for prayer.  Now the people combined their prayers with Alma’s, asking for three things (Mosiah 27:22):  1) that Alma might be able to speak, 2) that his paralysis might be lifted, and 3) that the eyes of the people might be opened to see God in this experience.

The prayer was answered mightily.  (Mosiah 27:23-24)  Many people gained testimonies of the power of God, or had their testimonies strengthened, through the younger Alma’s experience at that time and afterwards, since he immediately became a mighty missionary for the truth and spent the rest of his life in that pursuit.

Alma the Younger later told the people about the fourth prayer—his own prayer that led to his conversion.

Have you ever seen the works of God in answer to the combined prayers of a family, a ward, or another group of believers?

This conversion story was recorded by Alma in chiastic form, a type of poetry common in the Old Testament and designed to teach a truth.  In chiasm, each phrase leads to a central point, and then the phrases are reversed.  For example, the first point and the last point both have to do with words.  The 2nd point and the 2nd-to-last point are exactly the same.  The points can also be opposites, such as in number 22 below.  We read this beautiful Hebrew poem in Alma 36. Here is the layout of the chiasm as given in The God-Inspired Language of the Book of Mormon, by Wade Brown:

Hopefully, we have all prayed prayers begging forgiveness, and have been blessed with "joy as exquisite as was our pain."  If not, the time is now.

THE PROCESS OF PRAYER

DESIRE.  (Alma 36:12-16)  His father’s prayers and the prayers of the Church resulted in a visit by an angel which was terrifying enough to show Alma the Younger the awful truth of his current state.  This brought an overwhelming desire into Alma’s heart to escape the agony of sin.

FAITH.  (Alma 36:17-18)  Once again, as in the case of Enos, parental teachings planted seeds of faith which laid dormant for years, but were there when needed.

REMISSION OF SINS/PEACE.  (Alma 36:19)  The cleansing of his sins through the Atonement of Jesus Christ made Alma worthy to house the Holy Ghost.  (3 Nephi 12:6)

JOY/LOVE.  (Alma 36:20-21) The presence of the Holy Ghost always brings joy and love.  (Alma 36:24) Immediately this great love made Alma focus on bringing the joyous news of the gospel to others.

THE ELEMENT OF DESIRE IN PRAYER

Perhaps as a child we want to know if the Church is true, but we’re not really worried about it; we love Primary, we love Family Home Evening, we know the scriptures, we believe our parents and teachers, and so we offer a prayer with only a Dixie cup full of desire.

It is a sincere prayer, and subject to the promise of the Lord given in Moroni 10:4, but the answer need only be a quiet feeling of peace, a sense that what we are doing is right.  Dixie cup prayers are great as long as we don’t expect the Lord to fill them with Niagara Falls.  Just a cupful of Living Water will do.

At other times when we are meeting terrible challenges, when our hearts are breaking, when our sin seems unbearable, we meet the Lord in prayer having dug a huge pit of desire. 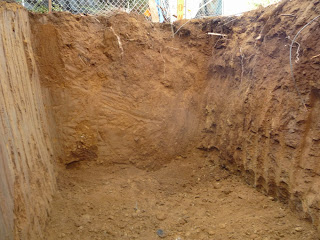 In this case, the Lord can fill that void with the ocean of his mighty power.  The greatest latter-day example is found in the story of the First Vision.

For months Joseph Smith had researched church after church, asked questions of ministers, watched different family members join different churches or refuse to join any, discussed religion around the fireplace, and read the Bible.  His desire had grown and grown until finally he read James 1:5 and determined to pray for an answer.  His prayer was not only sincere, but his desire was enormous, and therefore the Lord answered that prayer with a personal appearance, an answer to prayer that changed the world.  (See Joseph Smith—History)

Posted by Nancy Wyatt Jensen at 6:18 AM

I am not sure exactly what you mean by stating that Alma the Elder is a combination of Joseph Smith, Brigham Young and Thomas S. Monson - can you expand on that thought so it can be better understood?

Alma the Elder restored the true gospel to a people in apostacy like Joseph Smith did, but on a smaller scale. Then he led the people on a hazardous and inspired exodus as did Brigham Young. Then he continued as the Prophet (with a capital P) of the entire nation as did every president of the Church up until our present Prophet, President Monson.

Dear Nancy,
I live in Glastonbury, CT. Last week we were visiting our children in Boston. The Gospel Doctrine teacher gave out your blog to any who taught or would like to read your blog. He said how much he had learned from your way of writing and teaching.
Last night my husband gave me your blog address as I was struggling with my lesson this Sunday. (#20)
I saw that you were from Cache Valley. I continued on to read the rest of your profile. When I came across the piano part, I hurriedly picked up the phone and called my Mom, then called my Aunt Betty Beecher. This world is so small sometimes it stuns me. Well, Betty went on and on about your wonderful family. Also, my Mother talked about your parents.
Well, your writings are such an inspiration! I am so grateful I found you. The added bonus, that our families know each other. The extra-extra bonus, you know my one and only adorable AUNTIE!
Enough for now, we'll talk soon!
You're wonderful! Thanks again for helping us not so apt people out............! My prayers were answered via Gospel Doctrine Teacher in Boston!
Hugs! Tamara