You may want to have some missionary-related visual aids, such as pictures of missionaries from your area, pictures from your own mission, a globe, missionary name tags, ties, etc.  Or use the many fabulous pictures now available from the just-barely-updated LDS Media website!  It's so great!!!  (The images posted here come from that source.) 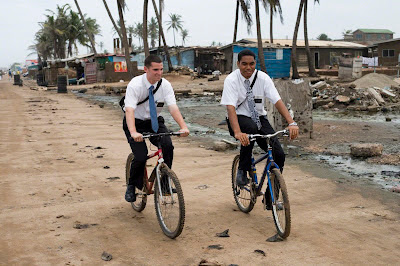 If you have a large class of adults, have two tins of small treats--one which just has the treats, and the other which has 11 treats with scripture references taped to them.  Tell the class if they read (past tense) the assignment at home, they can take a treat from the treat-only tin.  If they didn't, this is their opportunity to delve into the scriptures.  But always give them an out--if they would rather die than participate (sometimes you have even adults who will not come back to class if you ask them to read aloud because it's too difficult for them) tell them they can give their assignment (and its treat) to someone else.

If you have a small teenage class, just hand out the snacks and the references to those willing to read.  (Give the super-small ones to the challenged or less confident readers.)

Allow one minute for the students to look up and study their references.

If I hold a piece of paper up high in the air, and I let go of it, what is going to happen to it?  (Demonstrate.)  Of course, it will always fall to the ground.

Richard L. Evans made a very profoundly obvious statement:  "If we don't change direction, we will arrive at where we're going."  (April 1970 Conference Report)

Depending on which direction we are going, this is either a great encouragement or a terrible threat.  (Drop paper again.)  Is there anything I can do to prevent the paper from falling to the ground at my feet?  (Fold the paper into an airplane.)  If someone changes  it, its course will change.  (Fly the paper airplane.)  Of course, paper has no agency, so we can make it change.  People are different, and because of that, this is kind of a depressing lesson.

Alma, as you recall, retired from his position as chief judge in order to serve a full-time mission.  Over a period of a couple of years, we have record of his teaching in five cities.  Our five ill-fated class members are going to tell us what they are and give us a very brief report on how successful Alma was in each place. 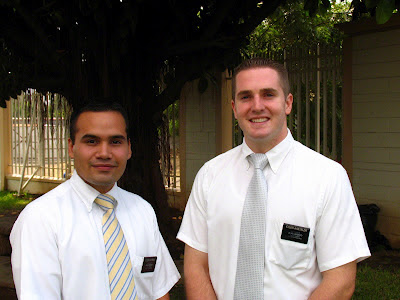 Cheat Sheet for teachers:
Today's topic is the mission area that was the most miserable failure of all of these:  Ammonihah.

As one of the greatest missionary companionships of all time, Alma and Amulek did everything possible to help the people of Ammonihah change direction from the collision course they were on.  Many great tools for conversion were in place which worked in the other cities and would have worked here were it not for the one thing missionaries have no control over: the agency of the people.

TOOLS FOR MISSIONARY WORK (HELPING OTHERS TO CHANGE)

Have the class members with Missionary Tool scriptures tell what tool they each discovered from their scriptures.  There is no particular order.  Write them on the board. 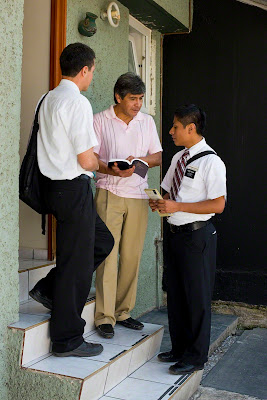 Amulek called the people to repentance and testified that they would be destroyed if they didn't repent. (Read aloud Alma 10:21-22.)  "There are many upright and faithful who live all the commandments and whose lives and prayers keep the world from destruction."  (Spencer W. Kimball, Ensign, June 1971, p. 16)

The people of Ammonihah did not care much for this kind of rebuke.

(Read aloud Alma 10:31-32.)  Now this idea of lawyers "getting gain according to their employ" does not seem weird at all to us, but it was a new thing at the time.

"Ancient judges were not paid professionals.  In the Old World, kings were...responsible for the administration of justice...  Prior to Mosiah's new law introduced around 91 BC it is unlikely that any judges were paid...in Nephite society.  As well-intended as Mosiah's program was, it quickly led to abuse...(Lawyers] soon made it a 'business' and sought to 'get gain' through this system" (FARMS, Journal of Book of Mormon Studies, Vol. 8, No. 2, p. 39)

Zeezrom, then, was quite motivated by money, and assumed everyone else was.  He was also quite crooked, and assumed everyone else was.  So he attempted to bribe Amulek with six onties of silver to deny Christ.  (Alma 11:22)  This was the equivalent of a judge's wage for 42 days, or 42 measures of barley.  Of course, this had no effect upon Amulek: he would not sell his testimony for money.  Amulek condemned Zeezrom for denying his own testimony.  (Read aloud Alma 11:24.)  Amulek then answered Zeezrom's trick questions about God, and taught about life after death. 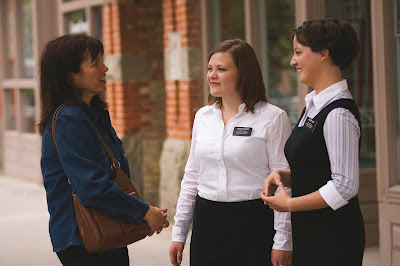 There may be a lot of wickedness in many parts of the world today, many people headed down the wrong path.  (Drop the piece of paper again.)  The preaching of the Word by the missionaries may change that as it did in Melek and Sidom and Gideon, if the people are receptive.  (Show the paper airplane again.)  But only we as members of the Church  have the capacity for messing up as badly as did the people of Ammonihah.  (Read aloud Alma 9:19-23, paying attention to the word "having" in this passage.  Class members may want to underline that word because it itemizes the privileges they rejected.)  This is such a danger that it is put in a kind of boldface in the temple endowment ceremony:  rejecting great blessings and covenants, such as those made in the temple, puts you directly into the devil's hands.  If you willfully reject great blessings, great opportunities to become like Christ (crumble the paper airplane into a ball and drop it), you fall much faster than if you had never had the gospel in the first place.

Next week we'll see how this happened in Ammonihah.  You people who like horror novels, be sure to read it.  It's an easy assignment--only 4 chapters--and very fascinating.  (Alma 13-16)

This lesson outline is a lifesaver for my ultra-procrastination this week. Thank you for all your hard work.