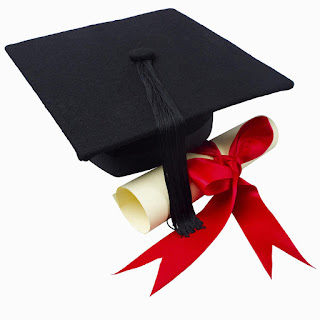 Contrary to the beliefs of some (particularly the anti-Mormon contingent in Utah), the Mormon Church advocates a high degree of education, continual life-long learning, and the asking of questions, questions, questions.  An interesting article by FAIR, "Education, Scholarship, and Mormonism," gives specific data.  Mormons in the U.S. are almost twice as likely as the general population to attend college.  And even more interestingly, nearly 80% of Mormon scientists say that have a very strong belief that Joseph Smith was a prophet.  No data is presented to compare whether that is a higher percentage than the general Mormon population, but it is noted that the more years of education a Latter-day Saint has, the more active he tends to be.  Those with 8 years or less of education are in the 30-50% church activity bracket while those with 16 years of education (college graduates) are in the 70-80% church activity bracket.

Here is another interesting set of graphics from a study done at Princeton showing that in many churches, higher education leads to lessened faith, but in the LDS Church the two correspond:  "Education and Religiosity: Mormons Buck the Trend".

The statistics do not show Mormons to be uneducated people, blindly following their leaders.  In fact, we follow our leaders in their counsel to get as much education as we can!

President John Taylor prophesied clearly how it shall be: “You mark my words, and write them down and see if they do not come to pass. You will see the day that Zion will be far ahead of the outside world in everything pertaining to learning of every kind as we are today in regard to religious matters.” (Sermon, 20 Sept. 1857., quoted in President Spencer W. Kimball, "Seek Learning, Even by Study and Also by Faith," Ensign, Sept. 1983)

In what other church do you find the leaders teaching doctrine, administering programs, and giving counsel while fully expecting that each church member has the ability, through prayer and personal revelation, to have that information confirmed to them by the Holy Ghost?  In fact, no one is allowed to join the Church unless they can pass a baptismal interview in which they assert that they have received a personal witness of the truthfulness of the restored Church!

The Mormon Church expects the exact opposite of blind, uneducated obedience, the only religion that teaches, "The glory of God is intelligence" (D&C 93:36) and that "whatever principle of intelligence we attain unto in this life, it will rise with us in the resurrection." (D&C 130:18)


For the rest of this lesson, I cannot do any better than to refer to President Kimball's excellent article, linked above.  He covers it all.
Posted by Nancy Wyatt Jensen at 11:37 AM