Make a chart: "How Do We Approach Life?"  Draw a vertical line down the middle beneath it.  Label one side "Eternal Perspective: Faith, Hope, Charity, Humility."  Label the other side:  "Short-Sightedness: Fear, Despair, Hatred, Pride."  As you relate the stories below, you can list the people's names under the appropriate side.

In the Saints' experiences and the responses to them in Missouri, we find many dramatic examples and extraordinary stories.  As my brother-in-law is fond of saying, "If you can't be a good example, at least be a horrible warning."  Both are found among the Missouri Saints and their neighbors.

James Campbell:  "Zion's Camp was located on the bank of the Grand River.  After the meeting in Liberty, James Campbell, one of the residents of Jackson County, decided to return to Jackson, raise an army, and go out and meet Joseph Smith and Zion's Camp.  Campbell vowed, 'The eagles and turkey buzzards shall eat my flesh if I do not fix Joe Smith and his army so that their skins will not hold shucks, before two days are passed.'

"They went to the ferry and undertook to cross the Missouri River after dusk, and the angel of God saw fit to sink the boat about the middle of the river, and seven out of the twelve that attempted to cross, were drowned.  Thus, suddenly and justly, went they to their own place.  Campbell was among the missing.  He floated down the river some four or five miles, and lodged upon a pile of drift wood, where the eagles, buzzards, ravens, crows and wild animals ate his flesh from his bones, to fulfill his own words."  (Joseph Smith, History of the Church 2:99)

Mr. Bazill:  "A young lawyer named Bazill, who came into Independence and wanted to make himself conspicuous, joined the mob, and swore he would wade in blood up to his chin.

"He was shot with two balls through his head, and never spoke.  There was another man, whose name I fail to remember, that lived on the Big Blue, who made a similar boast.  He was also taken at his word.  His chin was shot off, or so badly fractured by a ball that he was forced to have it amputated, but lived and recovered, though he was a horrible sight afterwards."  (Philo Dibble, quoted in Brian and Petrea Kelly, Latter-day History of the Church of Jesus Christ of Latter-day Saints)

Church Leaders who were excommunicated:

W.W. Phelps, misused Church funds, and later returned dramatically and wrote "Praise To the Man"--more on that in another lesson. (ibid.)

Lyman Johnson, "brought distress to the innocent," assaulted another brother, skipped meetings, broke Word of Wisdom, conducted himself "unrighteously" (Susan Black, Who's Who in the Doctrine and Covenants, p. 159).

Thomas Marsh (D&C 112:1,2,10)  When his wife got in a dispute with a neighbor over cream, and it seemed quite obvious that she was lying, he "declared that he would sustain the character of his wife, even if he had to go to hell for it" (George A. Smith, quoted in Black, p. 159) (later returned).

Orson Hyde "affixed his signature to a slanderous affidavit of Thomas B. Marsh that villified the Prophet" (Black, p. 142).  When he returned to the Church just a few months later, he said, "Few men pass through life without leaving some traces which they would gladly obliterate.  Happy is he whose life is free from stain and blemish...I sinned against God and my brethren; I acted foolishly...I seek pardon of all whom I have offended, and also of my God" (Quoted in Black, p. 142).

"We all felt more sorrowful at seeing Apostles leave the Church than we did over our trials and persecutions"  (Elizabeth Barlow, quoted in Church History in the Fulness of Times, p. 190).

Alexander Doniphan, non-Mormon general and lawyer:  Defended and aided the saints and saved the life of the Prophet at risk of a court-martial.  When commanded to shoot the Prophet and others, he refused, calling it cold-blooded murder.  "He warned the general who commanded the militia that if he continued his efforts to kill these men, 'I will hold you responsible before an earthly tribunal, so help me God'" (Our Heritage, p. 49). 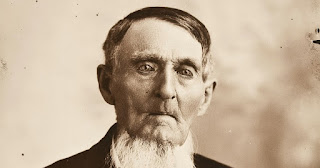 Philo Dibble, a church member, was mortally wounded in a battle with the mob in Independence, shot with a ball and two buckshot in the belly.  Taken to a former war doctor the next day, the doctor replied it was a worse wound than he had ever seen in someone who lived, and told him he would definitely die.  David Whitmer, however, sent word that he would live.  A blessing was given by Newel Knight, after which Brother Dibble felt a powerful energy course through his body from his head to his toe in a ring.  He felt the ring encircle the bullet holes.  He immediately rose up and "discharged three quarts of blood or more" including some fabric from his clothing that had entered his body with the bullets.  He got up, dressed himself, and went out.  The next day he walked around a field, the second day he rode a horse eight miles, and the third day he walked three miles (Kelly, Latter-day History, p. 131).

Benjamin Johnson, a 20-year-old church member, was shot at three times at point-blank range, and the gun did not discharge. On the fourth try, the gun exploded and killed the mobster instantly (See Our Heritage, p. 49).

David Patten, mortally wounded at Crooked River battle.  At his death-bed, he said of those who had apostacized, "O that they were in my situation!  For I feel that I have kept the faith."  Turning to the men in the room, he begged, "Brethren, you have held me by your faith, but do give me up, and let me go, I beseech you."  He very shortly passed on. (See Church History in the Fulness of Times, p. 200 or Our History, p. 46-47.)

Amanda Smith's husband and son were killed at Haun's Mill.  In the carnage, she found her littlest son, still alive but with his hip shot out.  She begged the Lord to show her how to heal the hip, which she was told in great detail by a voice, and which instructions she followed exactly.  She promised her son that the Lord would make him a new hip.  Five weeks later, he was able to walk; his body had grown a flexible gristle in replacement of the hip socket and joint. (See Church History in the Fulness of Times, p. 204 or Our History, p. 47-48.)

Joseph Smith, of course, endured great trials, and although he nearly despaired, he never gave up.

D&C 121:
Our blackboard chart, in God's words (add each reference to the appropriate spot on the chart):
D&C 122:9  "Their bounds are set; they cannot pass."  There is one thing that could not be taken away by the mob, and cannot be taken away from us, whatever our trials may be: Our right to choose which side of the line we will be on.  If we "hold on [our] way...the Priesthood shall remain with [us]," and "God shall be with [us] forever and ever."

Posted by Nancy Wyatt Jensen at 6:57 AM