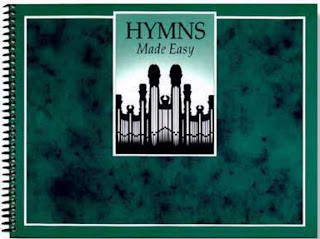 In the back of my book it actually lists easiest to hardest. Doesn't everyone's?

There is a list in the back of the book, Amber, but I have set up my list to be more focused on key areas. "Away in a Manger" is listed first in the "Easiest to Play" group, but it is in the key of F with one flat. Most present-day method books stick strictly with the keys of C major and A minor in the first year of teaching and introduce sharps and flats later. The second hymn listed, "Come Unto Jesus," is in the key of B-flat, which is even more difficult for students and most do not see that key until the second or third books. I feel my ordering aligns better with most modern teaching methods.

Thank you for this, I have just found it and it will be so helpful!