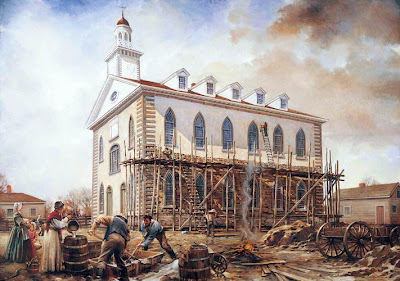 The sacrifices of the early Saints to build their first temples are legendary. This week, rather than a discussion of the scripture, I'll share examples of three of them.
VILATE KIMBALL
“Our women were engaged in knitting and spinning, in order to clothe those who were laboring at the building.  And the Lord only knows the scenes of poverty, and tribulation and distress, which we all passed through to accomplish it.  My wife would toil all summer.  She took 100 pounds of wool to spin on shares which, with the assistance of a girl, she spun, in order to furnish clothing for those engaged in building the temple.  And although she had the privilege of keeping half the quantity of wool for herself, as her recompense for her labor, she did not reserve even so much as would make a pair of stockings.  She spun and wove and got the cloth dressed and cut and made up into garments, and gave them to the laborers.  Almost all the sisters in Kirtland labored in knitting, sewing, spinning, etc, for the same purpose, while we went up to Missouri” (Heber C. Kimball quoted in Kelly, Latter-day History of the Church of Jesus Christ of Latter-day Saints, p. 163).

JOHN TANNER
Sometimes it’s easier to give when you don’t have very much to lose.  When a man has a lot of wealth, sometimes he tends to define himself by it and cling to it like a lifeboat.  But not John Tanner.
John Tanner was a wealthy convert.  He had outlived two wives, and then married a third (having a total of 21 children!) when the missionaries found him.  His infected leg was healed by the missionaries, and the next day he was baptized.  He committed to help the church and sustain the prophet.  He was so wealthy that he used six wagons to move his family from New York to Kirtland, and provided ten more for other church members.
The day after his arrival in Kirtland in early 1835, he met with Joseph Smith and the high council and lent them $2,000 to pay off the mortgage on the temple property, plus another $13,000 for other purposes.  He contributed to the temple building fund, and he signed a $30,000 note for merchandise to help Saints move to Kirtland.  (Whoa!  $30,000 in 1835!!!)
When he moved his family from Kirtland to gather with the saints in Missouri three years later, he had to borrow a wagon.  He had very little money left.  He endured all the trials of Missouri and Illnois.  Despite his humble circumstances, a few months before Joseph Smith was killed, “John returned the $2,000 noted signed in Kirtland as a gift to the Prophet and was blessed by Joseph that he and his posterity would never beg for bread.”
He provided food and help to the saints as they left Nauvoo, arriving in Salt Lake City himself in 1848.  He died two years later, a faithful and humble friend to the end (Garr, Cannon and Cowan, Encyclopedia of Latter-day Saint History, p. 1219-1220).
REYNOLDS CAHOON 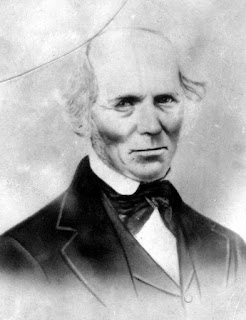 Reynolds Cahoon had left Kirtland to serve a mission to Missouri.  After his release, he asked whether he could return to Missouri, to “Zion.”  The answer given was no, he was needed to serve on the Kirtland Temple building committee (D&C 94:14-15).  He fulfilled that position well.
Later his family was chased out of Kirtland with the rest of the saints, and then chased out of Missouri, finally settling in Nauvoo.  Again Brother Cahoon was called to the temple building committee, a calling which scared the daylights out of him.  “I think I never was placed in so critical a position since I was born,” he said.
He moved to Salt Lake City with the saints and died there in 1861.  His obituary in the Deseret News called him, “a true friend to the prophet of God while he was living, full of integrity and love for the truth and always acted cheerfully the part assigned him in the great work of the last Days.”  (Susan Easton Black, Who’s Who in the Doctrine and Covenants, p. 46-48) 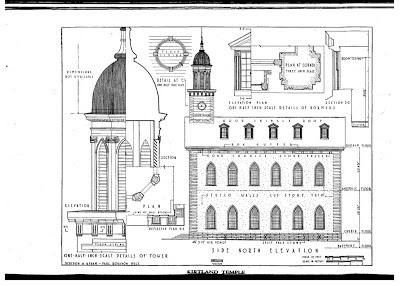 SACRIFICE REWARDED
It took the saints 3 years to build the Kirtland Temple, and they had to leave it behind after only two years of service, but they took with them the blessings they had received through sacrificing to build the temple and through their participation in the temple after it was built.  The physical body of the temple decayed (later to be restored) but the spirit of the temple moved on with the saints and is still with us today.
BECOMING A TEMPLE PEOPLE
President Howard W. Hunter encouraged us to become “a temple people.”  Our predecessors in the Church had to make sacrifices to build and attend temples. We likewise must sacrifice to enter the temple.
Here is a story of sacrifice from our family: Our youngest daughter had to be removed from her first family (due to neglect and abuse), live in an orphanage for a year and a half, leave her home country (Russia) with her new parents, travel over 6,000 miles to the other side of the world (Logan, Utah), learn a new language (English), and learn how to live in a family instead of an institution in order to be sealed to her eternal family (ours) in the Logan Utah Temple. Being adopted at age 4 is terrifying enough, without having your culture, environment, and most of all, your language completely changed! I still remember the huge smile she had on her face as she placed her hand over ours on the altar in the Logan Temple. 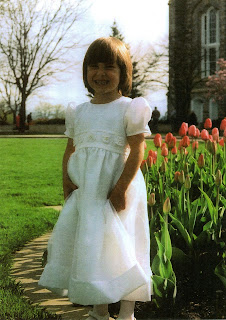 I hold the rights to this personal photo.
Please do not copy.
About ten years later, after a search for her biological family in Russia (two siblings had been adopted within Russia, and the third was now an adult), we found out her mother had passed away. So Marisha was then baptized for her first mother in the Logan Temple and I was proxy for her initiatory and endowment. It was a sweet experience for us.
What sacrifices have you had to make to be a temple person, or what sacrifices are you now making for your future temple covenants? Please comment below if you feel comfortable sharing a story. (Phones don't have the comment ability, but if you are on a computer or a tablet you should have the capability.) Tell us where you are from as well. Let's share our stories and our love for the temple!
(I still don't know why our Heavenly Parents planted our daughter in Russia first, but if you would like to read a little essay I wrote about part of our adoption experience, you can find it here.)
Posted by Nancy Wyatt Jensen at 6:28 PM