THE IMPORTANCE OF NAMES

This section of scripture is about two great missionaries, the brothers Nephi and Lehi.   Who were they?  Here’s a little descendancy chart.  (See Book of Mormon Index entries for each individual for more information.)

ALMA THE ELDER,
believed the words of Abinadi
and started a church among
the people of King Noah,

ALMA THE YOUNGER,
visited by an angel while attempting
to destroy the church, repented,
and later became a prophet

HELAMAN I,
prophet and captain of the stripling warriors


These brothers obviously had the same names as the first prophets in the Book of Mormon.  Their father had given them these names for a purpose:

“Behold, my sons, I desire that ye should remember to keep the commandments of God; and I would that ye should declare unto the people these words.  Behold, I have given unto you the names of our first parents who came out of the land of Jerusalem; and this I have done that when you remember your names ye may remember them,; and when ye remember them ye may remember their works; and when ye remember their works, ye may know how that it is said, and also written, that they were good.  Therefore, my sons, I would that ye should do that which is good, that it may be said of you, and also written, even as it has been said and written of them.” (Helaman 5:6-7)

Think about the importance of names.  Why are you named what you are named?  Why did you choose your children’s names?  Has anyone been named after you?  (That’s a responsibility, isn’t it?)  This passage of scripture convinced me, long before I was married or had children, to name my children for great people in the hopes that those names would have an influence upon them.  I know many, many other people feel the same way.

Here are the words of King Benjamin he was quoting:

“And moreover, I say unto you, that there shall be no other name given nor any other way nor means whereby salvation can come unto the children of men, only in and through the name of Christ, the Lord Omnipotent.” (Mosiah 3:17)

Nephi and Lehi took strength from and lived up to the names they had, both their given names (Nephi and Lehi) and their real Christian name (Christ), the name they took upon themselves at baptism.  Because of this, they did a great work among two nations.  Here is a brief overview: 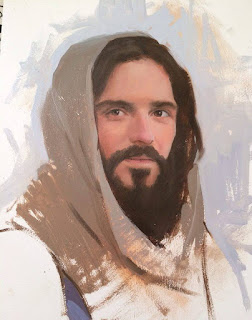 THE SURE FOUNDATION, THE DIVINE CENTER

Nephi and Lehi were steadfast in good times and in bad because of their focus in life, as their father had taught them:

“And now, my sons, remember, remember that it is upon the rock of our Redeemer, who is Christ, the Son of God, that ye must build your foundation; that when the devil shall send forth his mighty winds; yea, his shafts in the whirlwind, yea, when all his hail and his mighty storm shall beat upon you, it shall have no power over you to drag you down to the gulf of misery and endless wo, because of the rock upon which ye are built, which is a sure foundation, a foundation whereon if men build they cannot fall.” (Helaman 5:12)

“Every person builds a house of faith.  We do so knowingly or unknowingly.  And every builder soon learns that a good building with bad foundations is worse than useless; it is dangerous.”  (Robert L. Millet, The Power of the Word, p. 181)

Recently a great Latter-day Saint named Stephen R. Covey died.  Brother Covey is most famous for his book The Seven Habits of Highly Effective Leadership but he wrote another book (a better one, in my opinion) called The Divine Center.  In this book, Brother Covey wrote of the many different “centers” (or foundations) we may have for our lives, and what the ending result may be for each.  Some people center their lives on their family, he wrote, some on their work, some on their enemies, some on pleasure.  All of these “centers” are fragile foundations.  Christ is the only firm foundation.  He is the only unchangeable.  Even being centered on the church is not good enough.  After all, the Pharisees were centered on the church.

“Many LDS marriages are in real jeopardy even though both parties are very active in the Church in the narrow sense…In these marriages husband and wife have even learned to use Church words and theological concepts to accuse and belittle and criticize and judge each other.”  (Covey, p. 53)

I imagine I was not the only young LDS mother who was guilty, Sunday after Sunday, of losing the Spirit while getting the family to church.  Sunday morning was stressful with a whole bunch of little kids trying, or trying not, to get dressed in their best clothes.  But this quote from Brother Covey is true of both the daily and the epic life stresses:

“The most powerful form of example from which children learn takes place in watching parents under conditions of stress and pressure.”  (Covey, p. 105)

Stressful situations show us our foundations, and their cracks.  Paying attention to what "stresses us out" and to what we are afraid of can reveal how we have become off "center."  Then we can decide how to counter those stresses with the truths of the gospel of Jesus Christ.  For example, once I learned that whether we were on time, or whether the baby was wearing shoes, or whether the little white shirts were neatly ironed were just bonuses and not essentials, I could focus on whether each of the children felt loved, noticed, and respected, so that they could be receptive to the Spirit present at church.

So, if we are centered on Christ, will we feel happy and peaceful all the time?  No, but we can dare to be temporarily “unhappy”, to make it through less-than-ideal situations, to do things that are far out of our present comfort zone in order to follow Christ.  More words from Brother Covey:

“Interestingly, a person can allow himself to be vulnerable on the surface of his life if he still retains a deep God/Christ-centered invulnerability.  Then he can afford to be gentle and soft, to give and take, to give love without demanding anything in return—and that of course leaves him open to rebuffs and disappointments on occasion.  But when a person is deeply vulnerable, centered on something other than God and therefore not securely rooted, he can’t afford to be vulnerable on the surface, or he risks being simply wiped out.”  (Covey, p. 98)

Surely Nephi and Lehi were centered on Christ, and yet they had discouragements and trials.  Nephi was “weary” of being the chief judge because of the wickedness of the people.  When in prison, both brothers were discouraged and dejected.  They were just a few minutes away from their unjust deaths before the miracle came that caused them to “take courage.”  But it did come.  And their faith had held out long enough.

The devil, and the fallen nature of this earth life, will beat and batter us, send storms upon us, and wear us down.  But they will never have the power to drag us down to “endless wo” if our foundation is in Christ. We cannot fail, despite whatever frustrating, discouraging, heartbreaking things happen in our lives if we live up to our names as children of Christ.

HOW TO BUILD A SURE FOUNDATION

The following suggestions come from Robert L. Millett, The Power of the Word:

If we build upon the sure foundation of Christ, we can be as Nephi and Lehi and their Lamanite converts, surrounded and protected by fire—the fire of the Holy Spirit—and we can also be blessed by that Voice of peace:

“And behold, the Holy Spirit of God did come down from heaven and did enter into their hearts, and they were filled as if with fire, and they could speak forth marvelous words.  And it came to pass that there came a voice unto them, yea, a pleasant voice, as if it were a whisper, saying; Peace, peace be unto you, because of your faith in my Well Beloved, who was from the foundation of the world.” (Helaman 5:45-47)
Posted by Nancy Wyatt Jensen at 2:01 PM

I love analyzing names, the meaning of names ect... One of my favorite names from the Book of Mormon is Mathoni. As a student of Hebrew I have researched the potential for a Hebraic root in this name. The name could possibly come from the Hebrew root "matan" which means gift. The "i" could be a pronominal suffix meaning my. So essentially the names Mathoni in Hebrew could mean "my gift".

Check out other interesting insights relating to Hebrew and other Gospel topics on my own blog:
http://thespiritualandthesacred.blogspot.com/

Those are just a few of my heroes from The Book of Mormon.

I teach gospel doctrine in my ward and love your site for ideas on my own lessons. Can you give me the exact quote for lesson 33 that you quoted Stephen Covey on his book The Divine Center. I am not sure I will check here for the answer. Can you email me directly at chefscott@latinfusionfoods.com Thank you.

While I was reading your lesson, this quote came to my mind. Sure love your insights!
“Being deeply loved by someone gives you strength, while loving someone deeply gives you courage.”
― Lao Tzu