Doctrine and Covenants Lesson #38 "In Mine Own Way"

When the Twelve Apostles returned to Winter Quarters from Salt Lake City in the fall of 1847, they found the saints there still in extremely dire conditions.  The Church was in debt and could not offer any aid to them.  They tried to get another contract with the government (besides the Mormon Battalion) to build forts or carry mail, but they did not succeed.  Finally, in desperation, 100-150 men were called on special missions to the east, not just to teach the gospel, although they did that along their way, but to beg aid for the suffering Mormons from their fellow Americans, "a little known but colorful attempt to rally public sympathy for the plight of the Latter-day Saints."  Throughout the states, they preached, sought after those who had gone inactive in the Church or joined break-off groups, and most of all, tried to raise money for the Winter Quarters saints to buy medicine, bedding, clothing, food, and passage to the Great Salt Lake Valley (Richard E. Bennett, We'll Find the Place, p. 302).

Their missions were very difficult and the return received was "paltry," as Erastus Snow stated, when compared with the wealth of the people among whom they labored.  One managed to influence benevolent and rich Washington ladies to have a benefit tea party which raised the amount of $82.50.  A Mrs. Reed was the hostess, and scores of society women came.  Even a "colored" servant woman contributed 12-1/2 cents.  The elders petitioned government leaders for contracts or charity.  The President of the United States, James Polk, listened sympathetically and politely gave $10.

The missionaries who had to travel through Missouri, from which they had recently been expelled, used assumed names and identities. $705.84 was raised from members of the Church still living in St. Louis. In Mississippi (refer to Lesson 33 regarding the Mississippi Saints) three elders encouraged the rest of the Crosby family to move to Winter Quarters and raised over $1,500 from the saints there, $1,368 of that from William Crosby himself.  One elder in Boston collected $1,000, one hundred of which came from Josiah Quincy, the mayor who made that most favorable statement about Joseph Smith (see Lesson 32).

William Clayton published 5,000 copies of his overland travel guide for emigrants and gold prospectors to help the cause.  It quickly won attention and approval from travelers across the country as one of the finest. 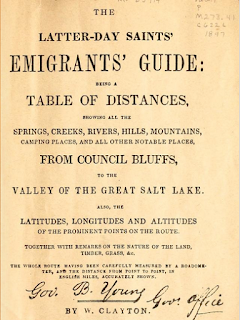 From The Church History Museum 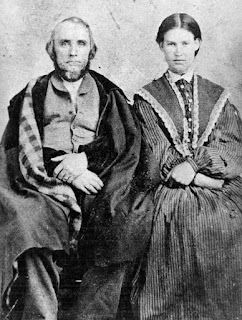 I love this portrait of William and Diantha Clayton.
From Utah State Historical Society, via BYU

Altogether, this missionary/begging force gathered about $10,000, an impressive feat considering the public sentiment toward the saints at the time.  Although it wasn't enough money to solve all their problems, it was enough to bring hope and encouragement at a critical hour (Bennett, p. 301-310).

There are two kinds of self-reliance that this lesson counsels us to have.  The first kind is that possessed by many of the early saints in great abundance. We certainly see it exemplified in the works of the begging missionaries. That is spiritual self-reliance. Elder Boyd K. Packer taught in April Conference of 1978, "We have been taught to store a year's supply of food, clothing, and, if possible, fuel--at home...Can we not see that the same principle applies to inspiration and revelation, the solving of problems, to counsel, and to guidance?  We need to have a source of it stored in every home..." Have you stored up a year's supply of spiritual strength?

"Therefore, be strong from henceforth; fear not, for the kingdom is yours.  [This is followed by promises that if we are righteous, we will inherit the land of promise and Christ will be our King and watch over us.]

I tell you these things because of your prayers; wherefore, treasure up wisdom in your bosoms, lest the wickedness of men reveal these things unto you by their wickedness, in a manner which shall speak in your ears with a voice louder than that which shall shake the earth; but if ye are prepared ye shall not fear."

Anxiety grips many in this world, especially since terrorism reared its ugly head on September 11, 2001.  Do you think that if members of the Church are also filled with this fear it is because they do not have a year's supply of spirituality in their homes?  The "voice which shall shake the earth" in the scripture is, of course, God's voice.  If we do not "treasure up wisdom in our bosoms," we will hear the reports of the wickedness of men louder than the voice of God, but "if we are prepared, we shall not fear."  Perhaps if we listen to the evening news for 30 minutes every evening, we should read the scriptures for 35.  If we read the news on the internet for 15 minutes each morning, we should read the conference talks for 20.  We are surrounded by fear through the constant reports from the news media if not through the circumstances of our lives, and we must follow the counsel to make God's voice louder than the voices of wickedness in our own ears.

The other kind of self-reliance is, of course, temporal self-reliance, and part of that is financial self-reliance.  The Church members leaving Nauvoo faced great financial losses which had undoubtedly been a surprise to them, since they were still building and improving homes right up until the year they left.  They had been told all along that Nauvoo would not be a permanent residence, but they undoubtedly expected that they would be able to realize a return on their investment there.  If they had known that they would, once more, be forced out under the threat of their lives, leaving most of their belongings behind, do you think they might have collected less belongings to start with, and saved more food and money?  Can we learn something from this?

Our prophets have counseled us to "be modest in your expenditures; discipline yourselves in your purchases," and have advised us to avoid debt to the extent possible. (See "All Is Safely Gathered In," pamphlet) There is plenty of guidance from the Church on how to teach ourselves to be financial stable, and even to thrive.  Here is a link to more Church guidance.

Two questions for discussion:  What methods have you found helpful in limiting spending and saving money?  And, How can we teach our children wise money management?

CARING FOR THE POOR

In all our budgeting and saving and limiting of expenditures, there are some expenditures that we might need to increase.

"I, the Lord, stretched out the heavens, and built the earth, my very handiwork; and all things therein are mine. And it is my purpose to provide for my saints, for all things are mine. But it must needs be done in mine own way; and behold this is the way that I, the Lord, have decreed to provide for my saints, that the poor shall be exalted, in that the rich are made low. For the earth is full, and there is enough and to spare; yea, I prepared all things, and have given unto the children of men to be agents unto themselves.

"Therefore, if any man shall take of the abundance which I have made, and impart not his portion, according to the law of my gospel, unto the poor and the needy, he shall, with the wicked, lift up his eyes in hell, being in torment." (D&C 104:14-18)

The begging missionaries and the Nauvoo trustees all did their utmost to care for the poor.  We need to be sure that we return gratitude to the Lord by sharing what he has entrusted to us with the poor.  This is one excellent reason to get out of debt: so that we can have complete stewardship over our money and we can choose what to do with it.  Notice the Lord said, "It is my purpose to provide for my saints, for all things therein are mine."  When we are in control of our own financial situation, then we can unite with the Lord in his purpose to provide for others. 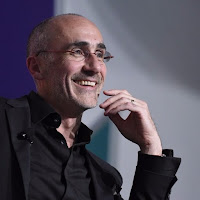 We are blessed for giving.  It is not only a principle of faith, but a truth that has been scientifically proven.  Just for fun, I'm providing a link to a most amazing and delightful talk given at BYU by Arthur Brooks, a Catholic economist, entitled  "Why Giving Matters."  He is the author of Who Really Cares: The Surprising Truth about Compassionate Conservativism.  The "surprising truth" he discovered scientifically, which should not be a surprise to LDS people, was that people who give end up richer than people who don't.  God blesses them with money to give even more.

If you are in debt, or out of work, or in poor health, or in any of a number of circumstances that place you in need beyond what you can manage yourself, know that this marvelous worldwide Church has been in that position as well.  Although it seemed hopeless for the Church and its members to ever overcome its early financial difficulties, they were overcome, gradually, as the members and leadership adhered to the principles of the gospel and followed the words of the prophet.  If we develop spiritual self-reliance, financial self-reliance, and a willingness to care for the poor, we will link together a chain of preparedness.  And "if we are prepared, we shall not fear."
Posted by Nancy Wyatt Jensen at 2:24 PM

Thank you, Nancy! Your insight on these lessons is always helpful to me in thinking out the right approach to teaching. Plus that link to Arthur Brooks' speech is priceless.