Letting Life Break Us, Letting God Rebuild Us: The Seismic Shift of Easter 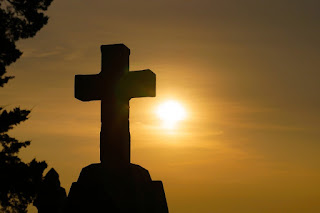 THE SYMBOL OF THE CROSS

Few things are so closely and exclusively associated with a single figure as is the cross with Jesus Christ. A cross on a necklace immediately identifies the wearer as a disciple. A crucifix in a church immediately conjures up in the mind an image of Jesus hanging in public agony. It’s a symbol that commands attention. It reminds us of Easter. It points us to God. For the Israelite Christians witnessing the crucifixion and death of Christ on Good Friday, however, the cross itself meant nothing but a criminal punishment.

And yet there was a very powerful symbol that stunned the early followers of Jesus Christ that day, something that had never happened before in history. It was completely unique to the death of Jesus Christ. Witnessed by only a few, it pointed dramatically to the eternal significance of the pivotal event of the Savior's death.

“Jesus, when he had cried again with a loud voice, saying, ‘Father, it is finished, thy will is done,’ yielded up the ghost. And behold, the veil of the temple was rent in twain from the top to the bottom…” (Matt. 27:50-51, Joseph Smith Translation).

To understand the mind-blowing nature of the rending of the veil, we need to know about ancient temples.

THE TEMPLE AT JERUSALEM

At the time of Christ, the temple at Jerusalem had recently been rebuilt and gloriously fitted and furnished on about 35 acres of a hill inside the city. Multiple walls and courtyards surrounded the temple and prevented anyone from entering without passing through a gate. Gates on the south, on the east, and the main gate on the west allowed anyone to enter the outer area, the Court of the Gentiles, but non-Jews could go no further, on penalty of death. 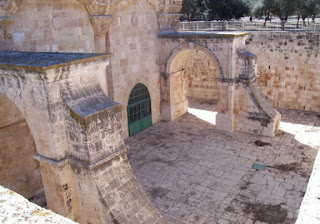 “Further steps led up to the actual temple, a comparatively small building. A priceless curtain, embroidered with a map of the known world, concealed from view what lay beyond, and none except the priest on duty was allowed to go farther. It contained the golden altar at which incense was offered and next to it the seven-branched candelabrum and the table with the twelve loaves of shewbread, which were replaced by fresh ones every sabbath.

“Beyond it, behind another large curtain, lay the Holy of Holies, which none except the high priest was allowed to enter, and he only on the Day of Atonement. A stone designated the place where once the Ark of the Covenant had stood [with its mercy seat between the two cherubim]” (https://www.bible-history.com/jewishtemple/).  (See also https://en.wikipedia.org/wiki/Second_Temple#Herod's_Temple).

All of these concentric gates, walls, and courtyards surrounded one central point in this stone temple: the Holy of Holies. Although we don’t know details about the activities in all of the temple courts (they were sacred, exclusive, and guarded even from historians), we do know what happened in the Holy of Holies on that single Day of Atonement each year because it is found in the Bible. (See Lev. 16; 23:26-32.)  The Holy of Holies had only one purpose: Atonement, the reuniting of God and man.

It was in this place that the high priest carried out rituals that symbolically cleansed all of Israel from sin and potentially allowed reconciliation with God. 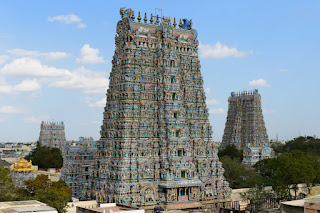 The Israelites were not the only people to have a temple. Every great civilization in the history of the world had at its center a temple--the Egyptians, the Greeks, the Turks, the Mayans, the Aztecs, even Native North American civilizations all had temples. On every continent, in every advanced ancient culture, the temple was always the focal point of the greater community. (See, for example https://www.touropia.com/oldest-temples-in-the-world/.)

A temple was (and is), as Hugh Nibley calls it “a scale model of the universe…It is the meeting point of the heavens and the earth…The word for temple in Latin, templum, means the same thing as template…The temple is also an observatory…a place where you take your bearings on things. More than that, it is a working model, a laboratory for demonstrating basic principles by use of figures and symbols, which convey to finite minds things beyond their immediate experience” (Temple and Cosmos: Beyond This Ignorant Present, Deseret Book, 1992, 15, 19).

A survey of all of these ancient temples in all of these cultures reveals that they all had a common purpose: “to restore the primordial unity, that which existed before the Creation,…to restore the whole that preceded the Creation” (Mircea Eliade, quoted in Nibley, 380-1). Even though they did not know the God of Israel, they knew they were seeking wholeness, reunification, restoration. Although the rites of temples in various ancient civilizations morphed as well as decayed from the original temple experience God revealed to Adam (Moses 4:5-9), they shared this common purpose of reunification with their Creators or their Divine Parents in eternity.

But of all these temples, it was in the Hebrew temple at Jerusalem—where the Gentiles were unfit by birth, the women were unclean by nature, the men were unworthy, and even the priests were not holy enough to see into the presence of the Lord—it was here in Jerusalem that all of those barriers were torn away in a moment. God rent the veil of the temple—from the top to the bottom!--as Christ gave up the ghost and ascended into Heaven. Death, sorrow, separation, and sin were conquered. The passageway between heaven and earth was opened. Entrance into the “presence of God” on earth was now not only a possibility, but reunion with Them (God being plural) in eternity was a surety. Man could now sit down on the mercy seat with God or, as Lehi put it, “The Lord hath redeemed my soul from hell; I have beheld his glory, and I am encircled about eternally in the arms of his love” (2 Nephi 1:15). 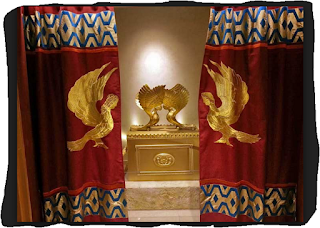 Like the earthquake at the death of Jesus Christ, catastrophic events in history can bring about seismic shifts in doctrine and practice for God’s children.

·         For the Jews, the Babylonian captivity and the destruction of the temple forced them to produce the Torah which preserved their religion which had been completely tied to a particular place on earth. They could now carry it with them wherever they went.

·         For the Christians, the death of Christ completely changed their understanding of and relationship with God, as shown in the New Testament. Jesus returned and taught his disciples privately, and they changed their old image of God as a fearful punisher, to God as a loving and merciful Parent. This new understanding allowed them to bring heaven to earth in their Zion-like community.

·         For the Nephite colony, the destruction of their homeland made them realize they were no longer an outpost, but the base of Israelite worship on the earth. This led to the recording of doctrine and history that became the Book of Mormon, and the building of temples in the New World. The Book of Mormon connected the Old and New Testaments, showing us today that the Gospel of Jesus Christ existed along with the Law of Moses far before it does in the present-day Bible. (See Terryl Givens, 2nd Nephi: A Brief Theological Introduction, Brigham Young University.)

When cataclysmic events happen in our own lives, our ability to make sense of the universe is shaken. The mountains are in new places, the former home base is gone, some things are broken beyond repair. We don’t recognize the landscape anymore. We have to get our bearings again from a new perspective. But sometimes that is precisely what is needed to allow us to throw off old incomplete beliefs and gain new, more accurate ones.

As the sweet children’s book I just bought my grandson explains it:

“Out of death, comes life. That’s how God wants us to see Easter.”

“Neither do I. We were born to love life. God loves life. But sometimes we have to let go of one thing so we can move on to another” (Lisa Tawn Bergren, God Gave Us Easter, Waterbrook Press).

When we lose a loved one (I attended the funeral of one today), when health crises happen, when people betray us, when hatred and war threaten and destroy, we can remember that good will come of catastrophe, if we let God lead us.

We can remember that the cross became the symbol of faith, hope, and love.

We can remember that the destruction of the holy temple veil symbolized every person’s access to God and His mercy.

And we can remember that Easter is the greatest irony that ever was—the seismic shift that provided reunification and wholeness for all, the earthquake that broke everything in order to put it right. 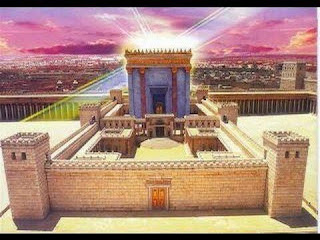