The Prophet and the body of Saints moved to Kirtland the first of February 1831.  Joseph Smith was 24 years.  24 years old!  The Church itself was less than a year old and had about 200 members. (Kelley, Latter-day History, p. 74)  Kirtland was 20 years old, with a population of just over 1000.  Its population doubled in the next 5 years, with 900 of the residents Latter-day Saints, and 200 more living nearby.  (Richard Bushman, Joseph Smith: Rough Stone Rolling, p. 144)

Within 3 months of Joseph Smith’s arrival, Church membership grew to 600.  By the end of the year, there were 3 times as many converts in Ohio as in New York.

Peter Whitmer, Ziba Peterson, Oliver Cowdery, and Parley P. Pratt were serving a mission to the Indians together.  They had already ministered among the Catteraugus Indians in New York, and were now headed to the Wyandots in Ohio, and the Delaware near Independence, Missouri.  Peter and Ziba worked as tailors to support the group.  On the way to these western “Indian lands” in November of 1930, four of the group, including Parley P. Pratt, passed through Kirtland preaching, and baptized 130 people, many of whom became stalwarts in the cause of Zion.  Frederick G. Williams joined the mission after his baptism in Kirtland.

EARLY KIRTLAND SAINTS WHO WERE FAITHFUL AND ENDURED TO THE END 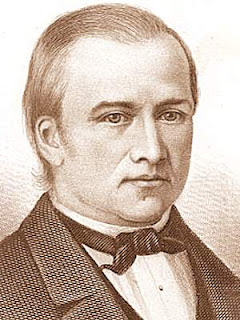 Newel K. and Elizabeth Whitney.  Newel had lost most of his possessions in 1814 as a result of the war with the British.  But when he settled in Kirtland as Sidney Gilbert’s partner in mercantile, his business succeeded and he became very wealthy.  Amid their prosperity, the Whitneys began to examine religion. One night at midnight, they prayed to know how to receive the Holy Ghost.  “The Spirit rested upon us and a cloud overshadowed the house.  It was as though we were out of doors.  The house passed away from our vision … A solemn awe pervaded us.  We saw the cloud and felt the Spirit of the Lord.  Then we heard a voice out of the cloud saying, ‘Prepare to receive the word of the Lord, for it is coming.’”

It was brought to them by the four missionaries to the Lamanites, and they baptized the Whitneys in November 1830.

The Prophet Joseph, in New York, saw a vision in which Newel was pleading with the Lord that the Prophet would come to Kirtland.  About February 1st, Joseph met Newel for the first time with the famous words, “Newel K. Whitney!  Thou art the man!  You’ve prayed me here; now what do you want of me?’

Newel K. Whitney was called as a bishop in Kirtland.  He used his prosperity to bless the poor.  For example, in January 1836, he held a 3-day feast for a great number of those who were lacking in Kirtland, for which the Prophet Joseph wrote his praises.

After Joseph’s death, Bishop Whitney was called as the Presiding Bishop of the Church.  The Whitneys remained faithful their entire lives, journeying to the Salt Lake Valley in 1848.  Bishop Whitney died in 1850 of a sudden acute illness, possibly appendicitis.  (Susan Easton Black, Who's Who in the Doctrine and Covenants, p. 339-341)

Algernon Sidney Gilbert.  Sidney was a partner with Newel K. Whitney in the Gilbert & Whitney store in Kirtland, Ohio.  He joined the Church along with the Whitneys after hearing the four traveling Elders preach.  Sidney lived only four years after his baptism.  He obeyed the call of the Lord to move to Independence and open a branch store for a blessing of “the affairs of the poor” (D&C 82:12).  There is one incident in which he was severely rebuked by his brethren and by the Lord, but he took their counsel and remained with the Church.

He personally hand-copied 19 of the D&C revelations that were most relevant to his personal affairs.  When he fled the mob in Independence, and escaped to Clay County, the only possessions he took with him were his Bible and these hand-copied revelations.  (Note his obedience to the command in D&C 41, mentioned above, to be careful with revelations.  It was his nieces who saved the pages of the Book of Commandments when the mob destroyed the printing shop in Missouri, See this link for the story.)

When Parley P. Pratt was headed off on a mission, Sidney commented on the shabbiness of his coast, said that he had some fabric remnants, and gave them to some sister seamstresses who made Parley a new coat.  Sidney also gave him a cloak.  This was typical of his generosity.

When the men and women from Zion’s Camp arrived in Jackson County, suffering greatly from cholera, Sidney opened his home and his land to the company.  Five of the thirteen who died, died in Sidney’s home.  While nursing them, he also contracted the disease and died on June 29, 1834.  He was buried in a rolled quilt with the members of the camp.  He was only 44 years old.  (Susan Easton Black, Who's Who in the Doctrine and Covenants, p. 102-104) 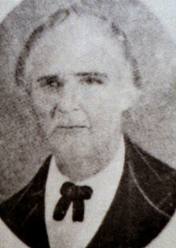 Isaac Morley.  A member of Sidney Rigdon’s congregation, Isaac Morley was already living a form of the law of consecration following the example of the New Testament saints before Joseph Smith ever got to Kirtland.  His communal community was called “the family” and he was known as “Father Morley.”  When the Lord revealed the law of consecration to the Saints, he sold his farm and gave the money to the Church.

The Morleys moved to Independence with the Saints where, on three separate occasions, they moved all their things out of the house, expecting it to be burned to the ground during the night.  Once Father Morley was tried for treason, imprisoned, and sentenced to be shot in the public square.  He did not falter, but was one of six Latter-day Saints who offered their lives for their friends.  The offer was not accepted.

The Morleys fled to Clay County, but suffered more mob threats.  They then moved to Far West where he was ordained a patriarch.  While living there, he was taken prisoner and sent to Richmond.  After escaping, he then fled to Illinois and built a small community called “Yelrome” (Morley spelled backwards plus an “e” at the end).  In 1845, his home, cooper shop, property, and grain were all burned.  He moved his family to Nauvoo, and then left for Salt Lake City in 1847.  He was called to lead 224 Saints to settle Manti, Utah.  He died at the age of 79 in nearby Fairview.   (Susan Easton Black, Who's Who in the Doctrine and Covenants, p. 198-200)

First let me say how much I have enjoyed your wonderful insights on the Gospel Doctrine Lessons. Thank you for sharing your knowledge and your love of the gospel.
I need your help, I don't seem to be able to make the link to James Ostler photo essay that you mention at the end of your notes.

Thanks for bringing that to my attention, Diane. It appears the photo essay is no longer online, but the accompanying paper (basically a small book) is still available, so I've added that link and removed the other.

Aha! I found another photo essay! So I've stuck that link on the end.

First, thank you for your wonderful lessons. Yours is the first resource I turn to each week as I begin preparing (well, after the lesson materials!) :) I would sure love to use the photo essay this week, but the link says server error. Sounds like there have been a couple issues with it already, but am hoping you can find a work around of some sort.

Again, many thanks!
Kristin

I'm sorry, Kristin, but those last two links to the church photos are working just fine on my computer, so I don't know what to tell you. Maybe your own server has an issue with them? Maybe try cutting and pasting the URL into your address bar?

Thanks so much, I really learned a lot!

Thanks, Walter, for pointing out the typo. I have fixed it.

Matthew 16 [1] The Pharisees also with the Sadducees came, and tempting desired him that he would shew them a sign from heaven.

Revelation 15 [1] And I saw another sign in heaven, great and marvellous, seven angels having the seven last plagues; for in them is filled up the wrath of God.